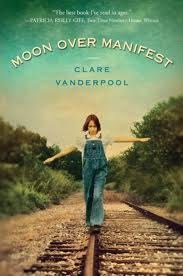 Moon Over Manifest by Clare Vanderpool
"Abilene Tucker's aiming to learn about her father's childhood in Manifest, Kansas. Having heard his stories of the town in its 1918 heyday, Abilene's disappointed to find Manifest's a dried up Depression town. But her disappointment turns into intrigue when she discovers a hidden cigar box containing old letters, a collection of momentos, and mention of a spy known as The Rattler.
"Those mysterious words send Abilene and her new friends on a spy hunt even though they are warned to Leave Well Enough Alone. The more she hears, the more she's determined to learn what role her father played in Manifest's secret history."
Click HERE to go to the book's website.

The four Newbery Honor winners are... 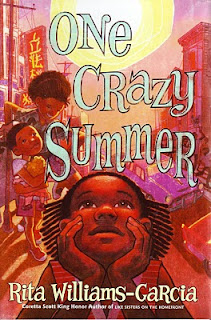 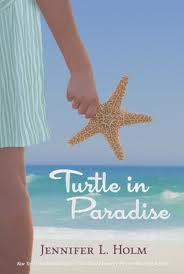 Turtle in Paradise by Jennifer L. Holm
I LOVED this book and would highly recommend it to all middle grade readers. See my small post HERE I wrote during my Bookaday challenge over holiday vacation. I was so happy to see this garner an award. 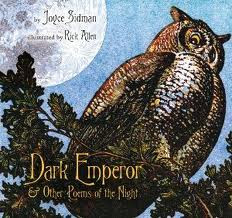 Dark Emperor and Other Poems of the Night by Joyce Sidman

"Welcome to the night, where mice stir and furry moths flutter. Where snails spiral into shells as orb spiders circle in silk. Where the roots of oak trees recover and repair from their time in the light. Where the porcupette eats delicacies --raspberry leaves!--and coos and sings.

"Come out to the cool, night wood, and buzz and hoot and howl--but beware of the great horned owl--for it's wild and it's windy way out in the woods!"

I have not read Dark Emperor, but I am a big fan of Joyce Sidman's This is Just to Say: Poems of Apologies and Forgiveness. I use it every year with my sixth grade students. We read through her poetry and then try some poems of apology and forgiveness ourselves. They are always great! 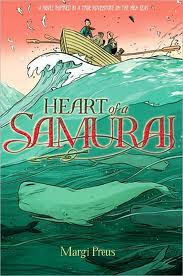 Heart of a Samurai by Margi Preus

"In 1841, a Japanese fishing vessel sinks. Its crew is forced to swim to a small, unknown island, where they are rescued by a passing American ship. Japan's borders remain closed to all Western nations, so the crew sets off to America, learning English on the way.

"Manjiro, a fourteen-year-old boy, is curious and eager to learn everything he can about his new culture. Eventually the captain adopts Manjiro and takes him to his home in New England. The boy lives for some time in New England, and then heads to San Fransisco to pan for gold. After many years, he makes it back to Japan, only to be imprisoned as an outsider. With his hard-won knowledge of the West, Manjiro is in a unique position to persuade the shogun to ease open the boundaries around Japan; he may even achieve his unlikely dream of becoming a samurai."

This book is based on the true story of Manjiro Nakahama. Read more about him HERE.